Previously, I made a few aprons from vintage calendar towels.  2017 begins with a new calendar towel, made into a simple tote bag.  I modeled it after a non-bulky bag that can be rolled up to fit inside the outside pocket of my purse. 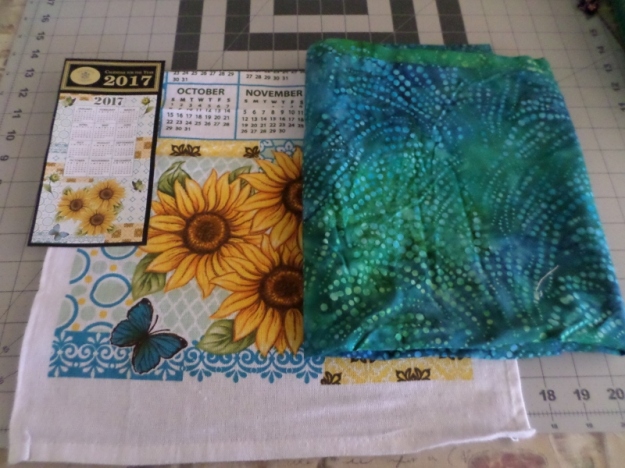 I added some fabric, and sewed the straps under the top fold of the bag.  The tote could use some interfacing at the top and in the straps, but I couldn’t find any at home so I skipped it.  I’ll use the bag for less heavy items. 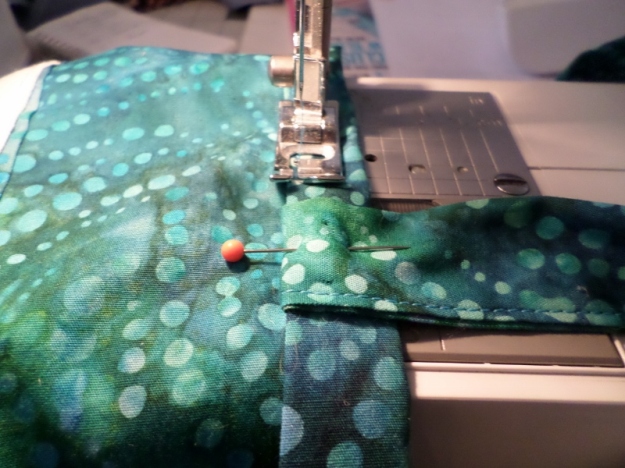 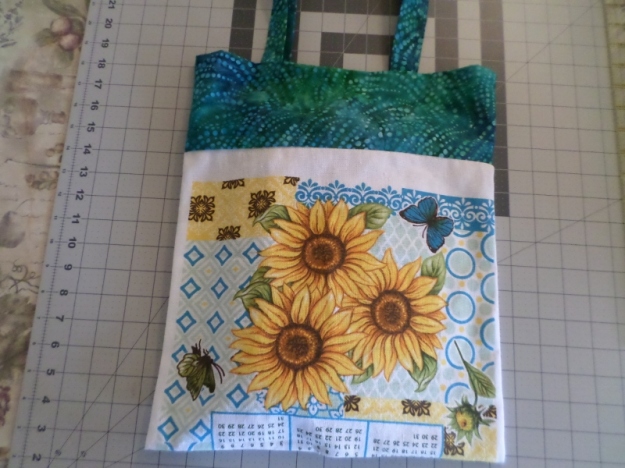 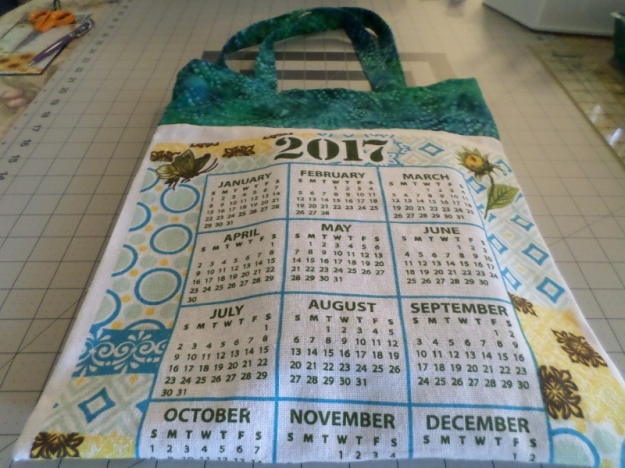 In 2017, I plan to work on sewing clothes, some quick refashions, quilting (including a big project), and embroidery.  I miss having something on the needles to pick up during this very rainy, stormy winter we’re having in southern California this year so maybe I will throw in a little knitting as well.

I  always think of organizing at the beginning of a new year.  One thing I’m doing is tracking my sewing spending using the “My Binder” app.

My sewing machine feet have a new home thanks to finding this neat little double-sided container for $3 at the drug store.  What luck; they’re a perfect fit! 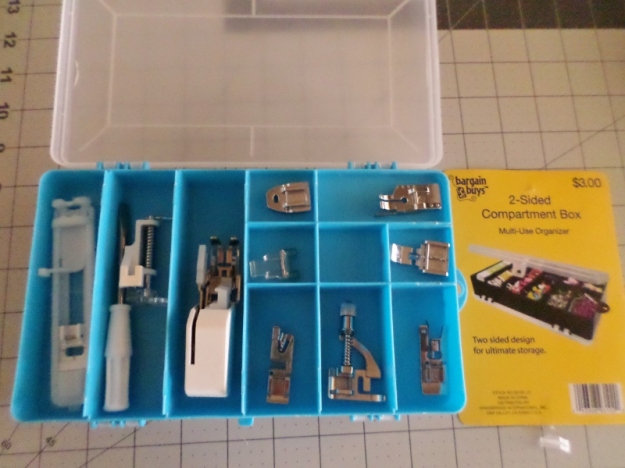 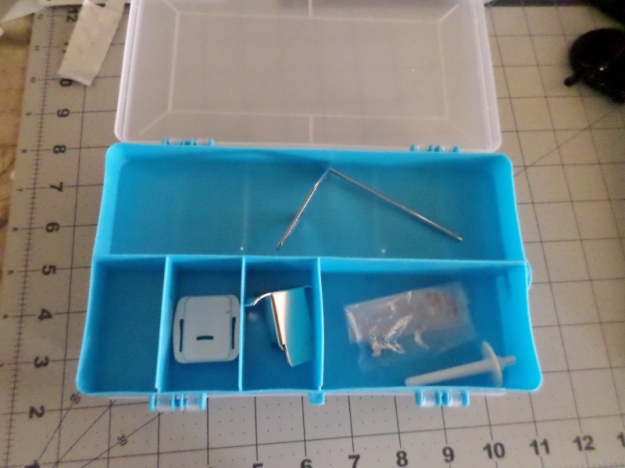 I don’t think I did any cross stitch last year.  Well, at least not until the 31st of December.  I spent the last day of 2016 and the first day of 2017 stitching this little gnome that I made into an ornament. 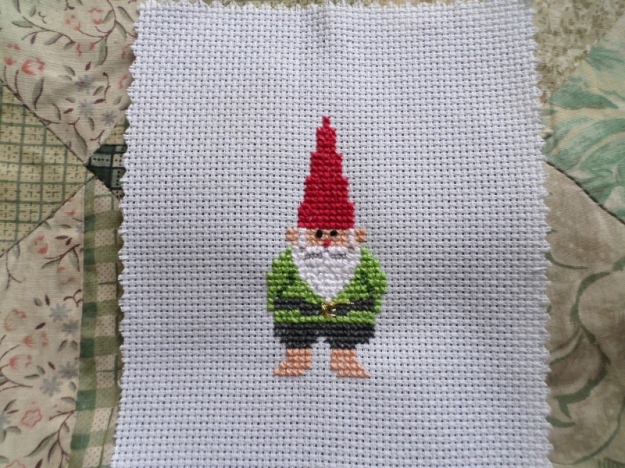 I changed the colors, lengthened his hat, added a felt bottom and a gold bead on top. 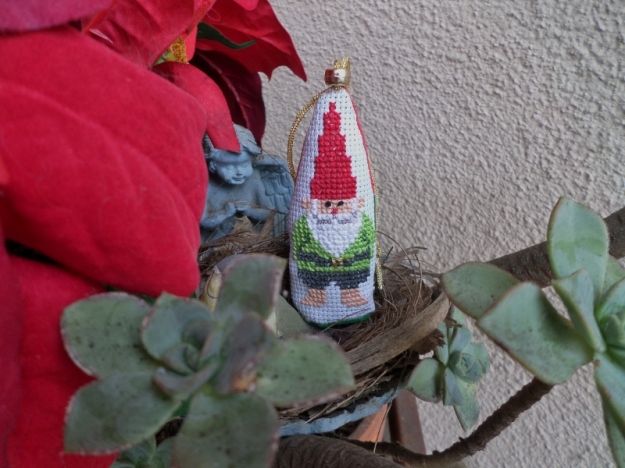 I like him hanging around – he makes me smile.

Happy sewing and crafting in the New Year!