What to do when you have a case of the blahs after being sidelined by illness (shingles), dog problems (anxiety and panic attacks), post-election blues (he won), and can’t muster up the will or desire to finish making a simple pair of pants started in October?

Scrap it!  At least for now, and start afresh.

The election on November 8 impacted my state of California in the following ways:

Another measure on the ballot that passed by 52% bans single use plastic bags. Customers will be charged 10 cents for a paper bag, and 15 cents for a slighter thicker reusable plastic bag.

That adds up when doing grocery shopping every week. I’m bringing my own!  I gathered up my store bought ones which I think are made from polyethylene (whatever that is).

I also decided to make a tote/shopping bag from a canvas or twill scrap of fabric bought for 50 cents at the thrift store and denim cut from a pair of old jeans.

I looked at two bags I had for construction details – one is a heavier tote bag and the other is lightweight and folds up to a small size.

I made my bag without a bottom seam like both of my sample bags.

I sewed french seams on the side seams. 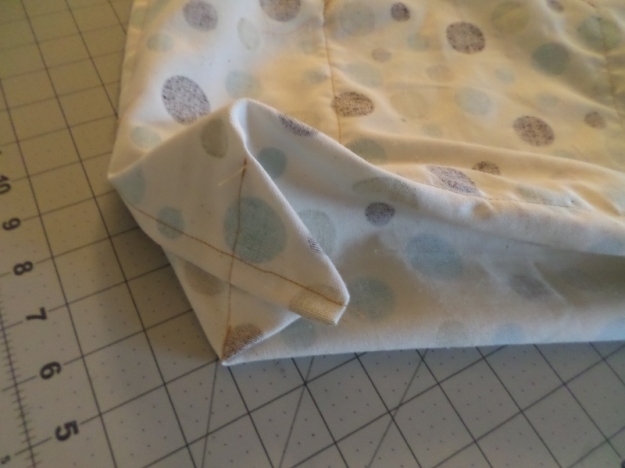 I sewed box corners like the ones on my Queen Mary tote bag.  I don’t think they worked out quite right, and the bottom of the bag is a little narrow.

I used denim for a pocket and the straps.  I changed to a heavyweight denim needle, and used gold thread on the bag to match the jeans.  The hardest part of this project was sewing through the layers of the denim straps where they attach to the bag.  My machine was groaning! I had to turn the wheel by hand to get through the tough spots. 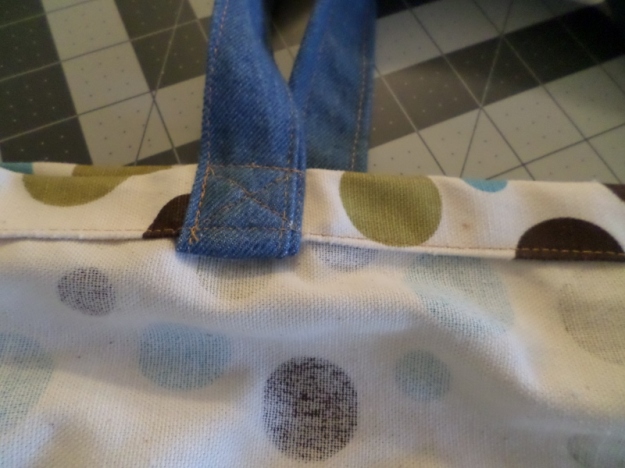 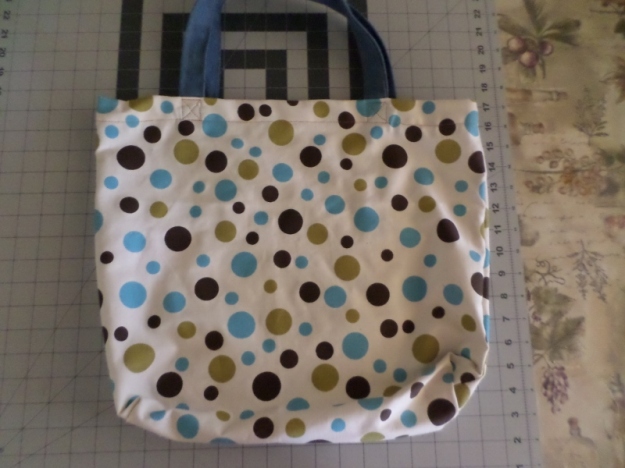 No, I don’t live on donuts and potato chips.  The photo is for illustrative purposes only.

I would also like to make a thin roll-up bag like the German bag pictured.  I’ve used that one quite a bit.

I’m happy I got through this project.  Something simple, fast, and useful was just what I needed to help beat my doldrums.