To me, summertime means wearing shorts.  For my first time making a pair, I used McCalls 6901, a Palmer/Pletsch pattern, and some of the blue gingham fabric left over from my pants. 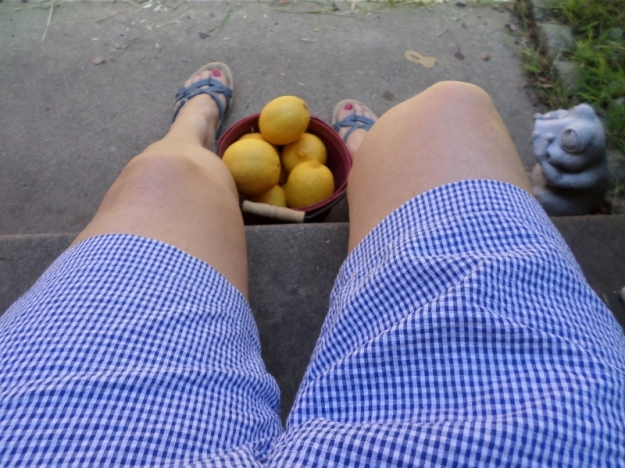 This pattern has two sewing techniques that were new to me: inset pockets and a type of front zipper insertion called a mock fly zipper.

This pattern has a lot more information than an average pattern.  The instructions include a helpful pants fitting guide and the pattern has lines for adjustment of crotch length.  They’re the vertical lines in the pants back pattern piece below that can be folded to take out bagginess.  It also has a horizontal lengthen or shorten line to adjust the rise of the pants, or crotch depth. I compared this pattern piece with the one I used to make the Simplicity 1967 pants  and the rise was much longer.  I used the same measurements from the revised pants pattern to make these shorts.

One thing to keep in mind when making this pattern is that a 1 inch seam allowance has been added instead of the standard 5/8 inch.  The Palmer and Pletsch method advocates tissue fitting, but I opted to sew a mock-up using a sheet not only for fit, but to practice that mysterious mock fly.

I found the pattern instructions for the zipper confusing; I wasn’t sure which side was left front and which side was right front.  It was hard to find directions for a mock fly.  This 18 step photo and words tutorial on Flickr provided the help I needed.  I interfaced the area as shown in the tutorial.  The pattern instructions didn’t include this step.

My first attempt was hideous!

Since I’ve never sewn a true fly, I’m not sure what the difference is from the mock fly.  One thing I noticed from looking at the pants I was wearing was that there is an additional piece of fabric that covers the back side of the zipper on a true fly.  The back of the zipper is fully exposed on a mock fly as in the photo below.

The slash pockets are cut from the front and there is a separate side front piece.  ” How to sew pocket inserts” is a good tutorial to add this type of pocket to any pattern.

My second fly is better but I think I had too deep of a fold.  There’s some extra fabric below the stitching of the fly.

Changes I made to the pattern:

added a button to the waistband (instead of a hook and eye), added elastic to the back waistband, eliminated the darts, and added patch pockets to the back. 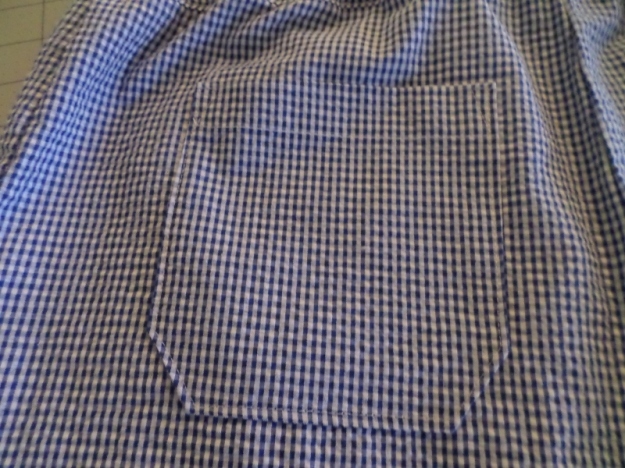 One thing I love about making shorts is that they don’t use much fabric.  I also love wearing them. 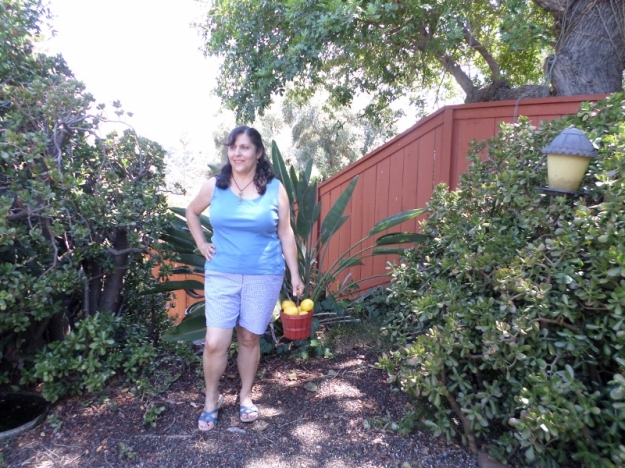