I took a few photos of my favorite dog related things I’ve encountered on my walks around the neighborhood. 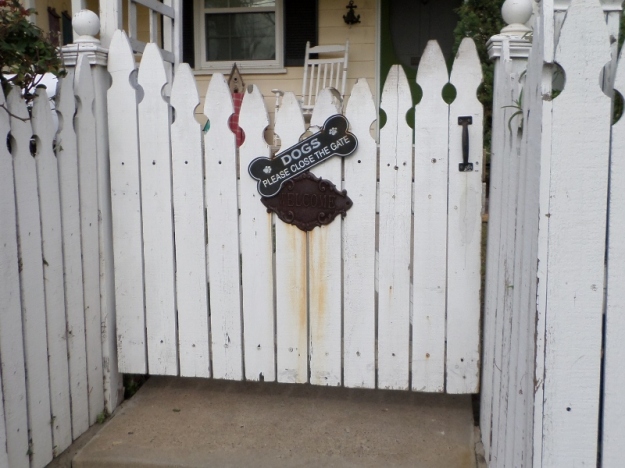 Somehow, I always read this “Dogs Please Close the Gate” sign as instructions to the dogs, and it makes me laugh. 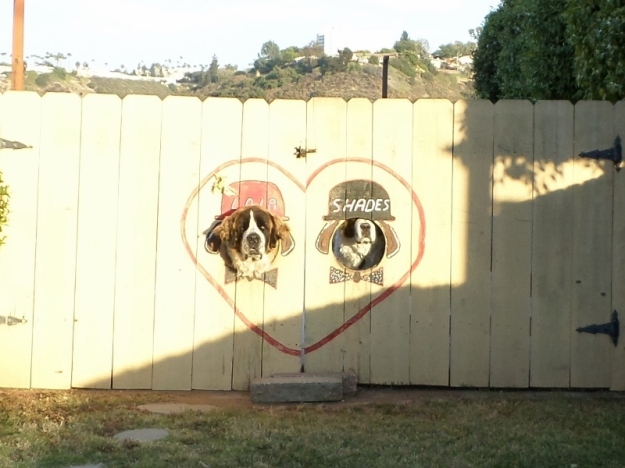 Which one is Lola and which one is Shades?  These St. Bernards are quite an amusing sight when their big heads make an appearance.

I’ve seen this “Who rescued who” sticker on a number of vehicles: 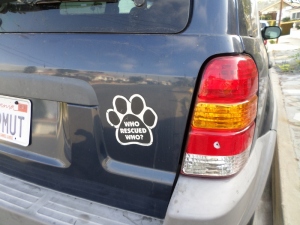 I was going to crop the photo, but noticed that the part of the license plate I captured fits my theme.

But my favorite thing to look at when I’m walking is this: 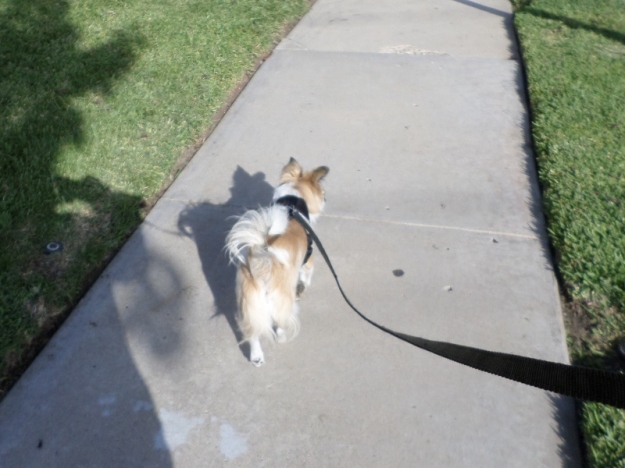 As you’ve undoubtedly guessed, this post is about my new dog, Sparky.

I wasn’t looking for a dog.  I was going to a new store in the strip mall across the street from the IHOP where I had lunch with my stepmom. I happened to see him in a pen with other rescue dogs outside of the Petco store two doors down.  My eyes were drawn to a cute little dog’s face with cheetah-like black markings, and I just kept looking at him until the lady asked me if I wanted to meet him.  I said yes, and I ended up taking him home that same day. 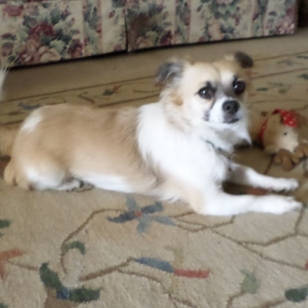 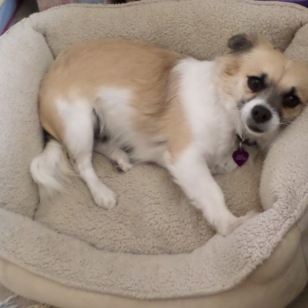 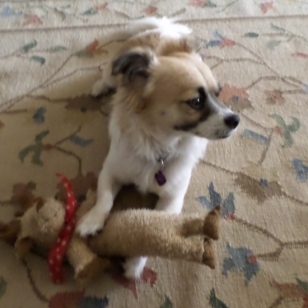 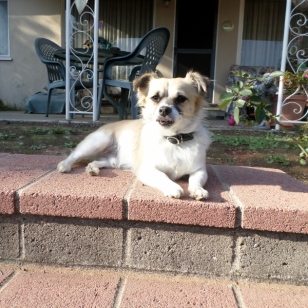 I forgot how much energy a younger dog has!  The paperwork I was given categorizes him as a pekingese mix a little over 1 year old.  I think he  looks like a long haired chihuahua or papillon mix, and I suspect by looking at his teeth that he is more likely 2 or 3 years old.  I asked the rescue lady for his history, and she told me that another rescue didn’t have room for him and asked if she could take him. So he has been bounced around from home to home several times.

Sparky is the most responsive dog I’ve ever had, in that to correct him I only have to make an “uh uh” sound, and he stops what he’s doing.  He plays with his toys, but never grabs and runs off with my stuff.  Pepper was part terrier, and was very strong willed – barking at neighbors, the mailman and the UPS truck, tearing lizards apart, and defying my authority, so I was ready for an “easy” dog.  This guy just wants to be a companion, and to be bonded to his person. He is the sweetest little creature, and I can’t believe anyone could let him go, because I sure couldn’t.

6 thoughts on “There’s a New Dog in Town”